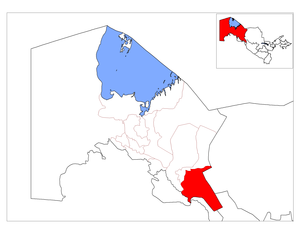 The city was founded as a Russian garrison after theKhivan campaign of 1873and before 1920 was known asPetroaleksandrovs. It was then a major jewelry producing center of Uzbekistan, and was equipped with telegraph in 1913 and with a radio station in 1922; the station began regular translations in 1930.

In 1932, the city was renamed to Turtkul and between 1932 and 1939 was the capital of the newly formed autonomous republic of Karakalpakstan. The city was standing nearby a majorAmu DaryaRiver, which is known for significantly altering its flow path several times in its history. In 1932, Amu Darya once more changed its terrain and flooded Turtkul. This and past damage by Amu Darya urged the authorities to move the capital of Karakalpakstal over 170 km toNukusin 1939.The river banks were reinforced, stopping further flooding. However, in 1942 the river suddenly moved on Turtkul destroying it overnight. Consequently, in 1949 Turtkul had been relocated.

In 1873, because of the transition of the right bank of theAmu Darya Riverfrom the Khiva Khanate to Russia, Petroaleksandrovsk city including Sirdarya Region of the Russian Empire was founded on the place of Khiva fortress Turtkul.
Petro-Aleksandrovsk fortification (the original name of the city) became the residence of the head of the Amudarya department of Turkestan military region. The head of the department carried on correspondence with the khan of the Khiva Khanate.
In 1920 Petroaleksandrovsk was renamed Turtkul. In 1932 – 1939 it became the capital of Karakalpak ASSR.

In 1949 because of the undermining, the city changed its place.
Turtkul is situated on the right bank of the Amudarya, 35 km. from the railway station of Urgench (in line Chardjou - Makat), 170 km. fromNukus. In Turtkul there is about 22 thousand of people.

The city has a cotton processing factory, areinforced concreteplant, anasphaltplant and an external section of Nukus Medical School.Its population was 22,000 in 1975 and 38,200 in 1991.